IDEX’s commitment to women in leadership most recently included a three-day intensive program on Gender Balanced Leadership at the Rotterdam School of Management (RSM). Twenty-three women from IDEX businesses across Europe participated earlier this month.

Part of our ongoing Inclusion & Diversity (I&D) strategy, the program supports the IDEX commitment to reach gender equity in leadership roles by 2030. The participants spanned a variety of disciplines, including Finance, HR, Engineering, Operations and Sales & Marketing.

Participants emerged energized by what they learned in the sessions and how they could return to their everyday roles more effective than ever.

The topic that resulted in the liveliest discussion was Using Emotions Effectively in the Workplace. Many participants recognized some differences between how men and women leverage emotions, which can lead to misinterpretation of actions and incorrect assumptions.

HST Group VP of HR Eric Streets, who is based in the Netherlands, introduced IDEX to this program as he witnessed the transformational impact it had on the attendees and work culture of his former employer.

Several participants are also members of our “In-Balance” inclusion network in Europe, a regional network designed to look at inclusion efforts across the region. We hope all members of the RSM cohort join the network and have an even bigger impact in the region.

Attracting, retaining, and developing the efforts of women at IDEX is something we want and need everyone at IDEX to be thinking about, including our male leaders, who currently make most of the hiring, development, and promotion decisions internally. It is difficult for some in positions of power to understand that this isn’t a special effort offered to women and excluding men, but an effort to extend a hand to a group that may have been previously overlooked.

IDEX VP of I&D Christal Morris opened the IDEX program, saying “The program wasn’t designed to “fix” you. You are not broken. There isn’t anything wrong with any of you. IDEX has chosen to make an investment in you.”

“Women at IDEX can and should look forward to playing a more active role in the promotion of equality in the workplace,” said Clare McNelis, Production Manager, Viking Pumps]. “With the support of the leadership team, clearly evidenced by the investment made in the cohort of intelligent, capable SUPER women I had the pleasure of spending time with last week, I believe this is not just possible, it is inevitable.”

MPT Marketing Director Kathryn Perry said, “I see that if we don’t include women at the table we are missing out on so much talent, energy and creativity within our organisation. We need to support our women to focus on the right things so that they can lead the change of the future.”

The sessions were held at the Erasmus Centre for Women and Organisations (ECWO) at the Rotterdam School of Management, Netherlands.  The Centre’s mission is to make a meaningful contribution to management education, the gender debate, and to further gender-based equality throughout the workplace. The global challenges facing society require that everyone who has the necessary talent and aspiration are equally able to reach the highest levels of organizations and contribute to the maximum of their ability.

Countless studies show that inclusive and diverse organizations are more successful than those that are not. 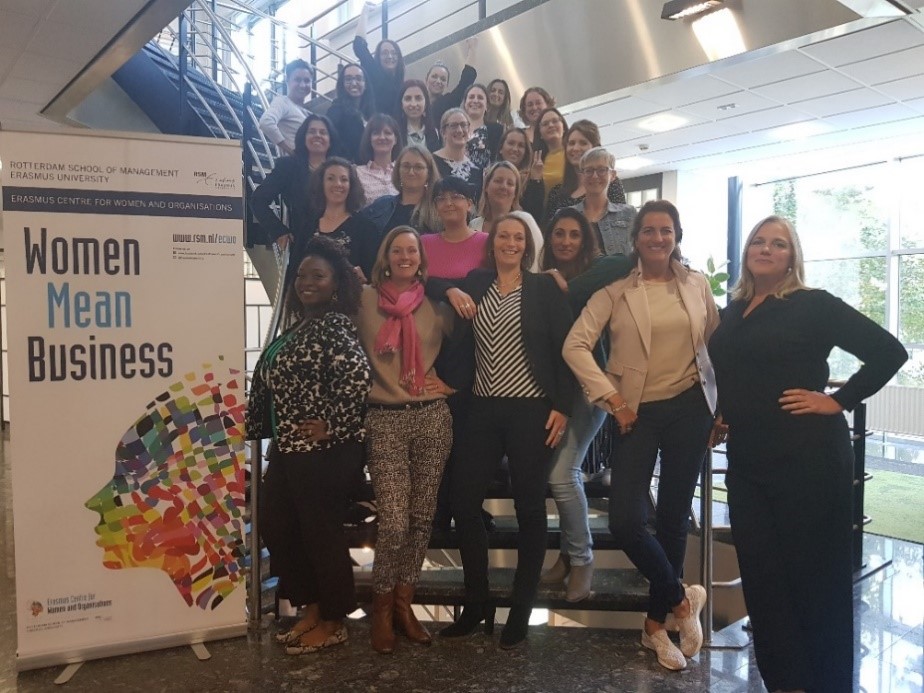