NORTHBROOK, Ill.–(BUSINESS WIRE)–Oct. 27, 2020– IDEX Corporation (NYSE: IEX) today announced that Eric D. Ashleman has been appointed Chief Executive Officer, effective December 15, 2020. Mr. Ashleman has served as IDEX’s Chief Operating Officer since February 2015 and President since February 2020. He will continue to hold the title of President in his new position. This announcement follows the decision by Andrew K. Silvernail to step down as Chief Executive Officer and as a member of the IDEX Board of Directors, effective December 15, 2020, to pursue an opportunity at a privately held company. In connection with today’s announcement, Mr. Ashleman will join the IDEX Board on December 15, 2020.

The Company also announced today that William M. Cook has been named Non-Executive Chairman of the IDEX Board, effective December 15, 2020. Mr. Cook, who joined the IDEX Board in 2008, currently serves as Lead Independent Director and a Member of the Board’s Audit Committee. 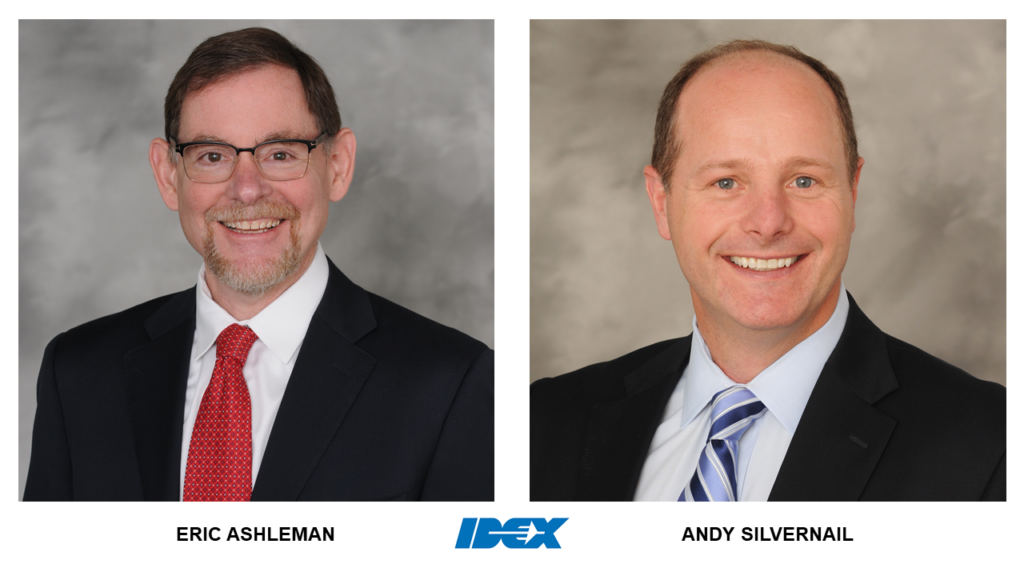