At 2.2 km (1.37 miles) long, the Humber Bridge in Yorkshire, England, was the world’s longest single-span suspension bridge when it was completed in 1981. Longer than the Golden Gate Bridge in the United States, Humber Bridge is fortified with BAND-IT steel buckles and bands.

BAND-IT products are still used on the Humber Bridge today, as well as two other notable U.K. suspension bridges – the Forth Road Bridge in Scotland (2.5 km long) and the Severn Bridge (1.6 km) between South Gloucestershire in England and Monmouthshire in South East Wales.

The below image shows our Giant Band being installed on the suspension cables during the construction of the Humber Bridge some 40 years ago.

The TV series, which is produced by Viacom, focuses on six of Britain’s most iconic bridges and how they were designed and constructed.

If you’re located in the UK, you can watch the video here 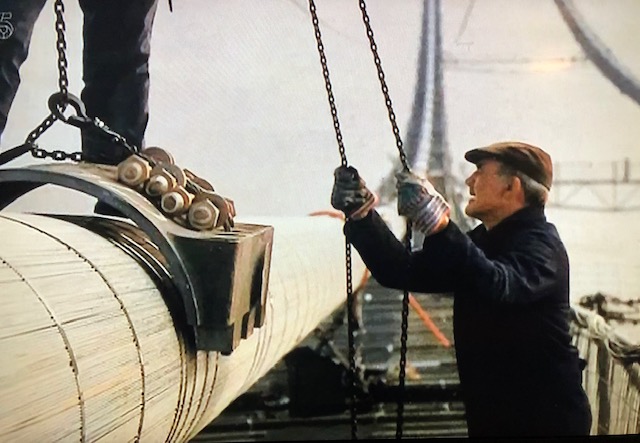