The XSmart Paint Color Dispenser now has new features that allow the operator to control the machine with a mobile app.

Fast & Fluid Management initially developed the XSmart for Asian markets where customers expressed a need for a cost effective tinting machine to meet the needs of rapidly growing population of consumers with a desire for colored paints.

Since then, customers have asked Fast & Fluid to develop a mobile solution for the XSmart to replace desktop computer controls.

IOT (Internet of Things) technology will also enable real time support on such things as color database updates without expensive visits by service engineers to update databases on site at the paint shop. At the same time our mobile dispensing software will save the cost of procuring expensive conventional PC’s or laptops, allowing users to use their existing smartphone or tablet.

Fast & Fluid global and local cross-functional teams made it possible to release the first version of Prisma-RT in Q3 2018. The company has also already installed several Prisma-RT demos at customer sites across Asia. Fast & Fluid intends to continue adding more customers to this growing list across the entire region.

At this stage Prisma-RT is only offered for the X-Smart but work is already in progress to make it available for the X-PROTINT & iNSPiRE as well as the iOS platform, with added functionality through Phase 2 of the project. 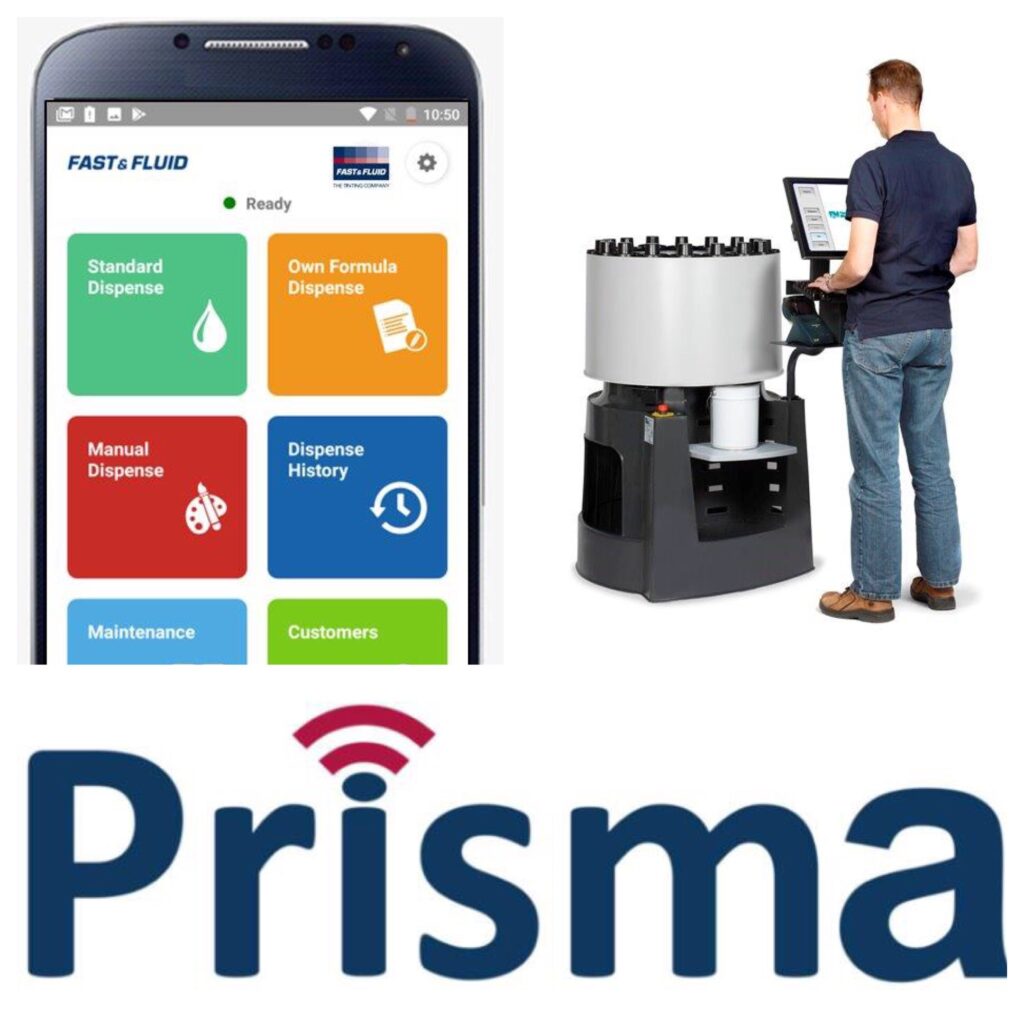