Previously in the semiconductor sealing market, compromises had to be made between seal purity and high performance in plasma environments. Perlast® Helios G7HA is one of the first elastomer innovations to give reliable results across both purity and resistance to aggressive plasmas.

“This new material has been developed in line with what our customers have been asking for – a fully organic FFKM which delivers outstanding plasma resistance in high temperatures. We’re delighted with the results from laboratory testing and customer trials. We’re confident that G7HA will play a key role in cutting equipment downtime and reducing overall cost of ownership across a wide range of semiconductor applications,” he said.

Perlast® Helios G7HA has been developed for use in wet and dry semiconductor processes, including etching, stripping and cleaning. The new material is expected to be molded into dynamic and static sealing products, including isolation valves, chamber O-rings and gas inlet seals.

To view a video of the product, click here 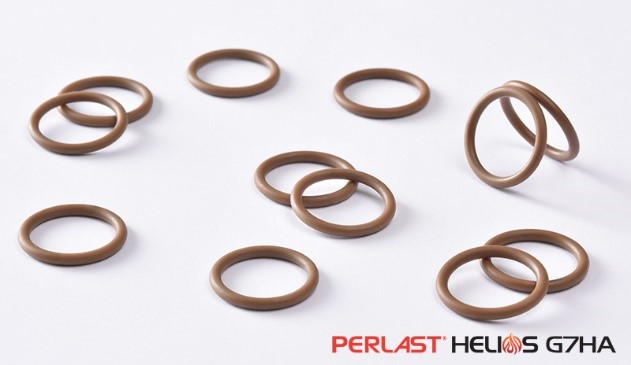