According to FirefighterCancerSupport.org, firefighters have a 250 percent increased chance of developing cancer because of toxins in smoke.

Along with an increase in risk, firefighters also have a 14 percent higher mortality rate than the average person because of the inherent dangers of the job.

To aid the firefighter community, Hale donated $2,000 to support Gary Baum and The Fox Valley Career Center to support their research.

Baum received an Award of Excellence from The International Association of Fire Chiefs in 2017 for his research. Hale’s donation will allow Baum and his Fox Valley students to test CAFS technology to further reduce risk for firefighters.

CAFS is a system used to extinguish fires more quickly, while also reducing property damage. In addition to reducing the amount of water needed to suppress a fire, CAFS mitigates firefighters’ risk to harmful toxins and carcinogens. 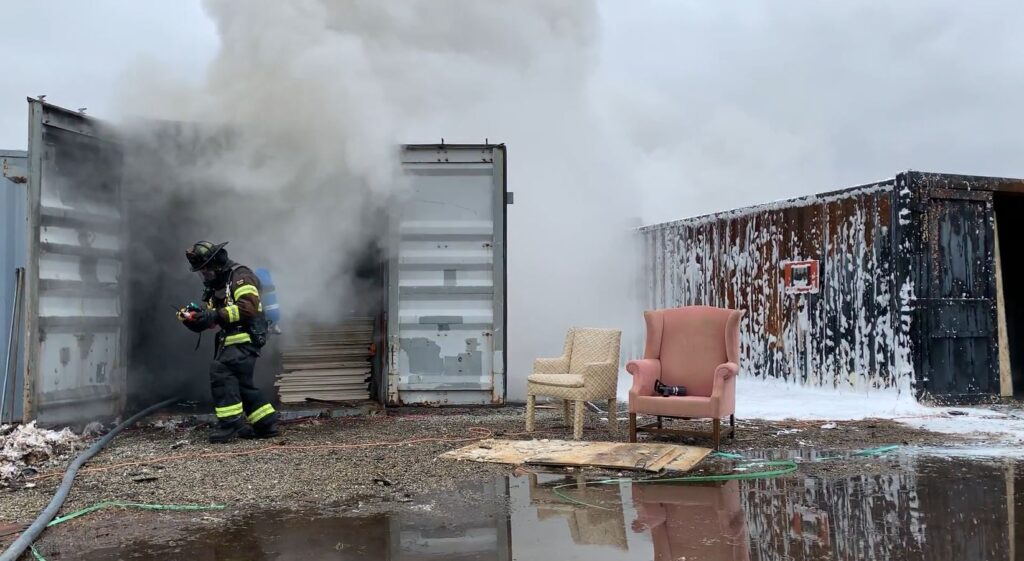