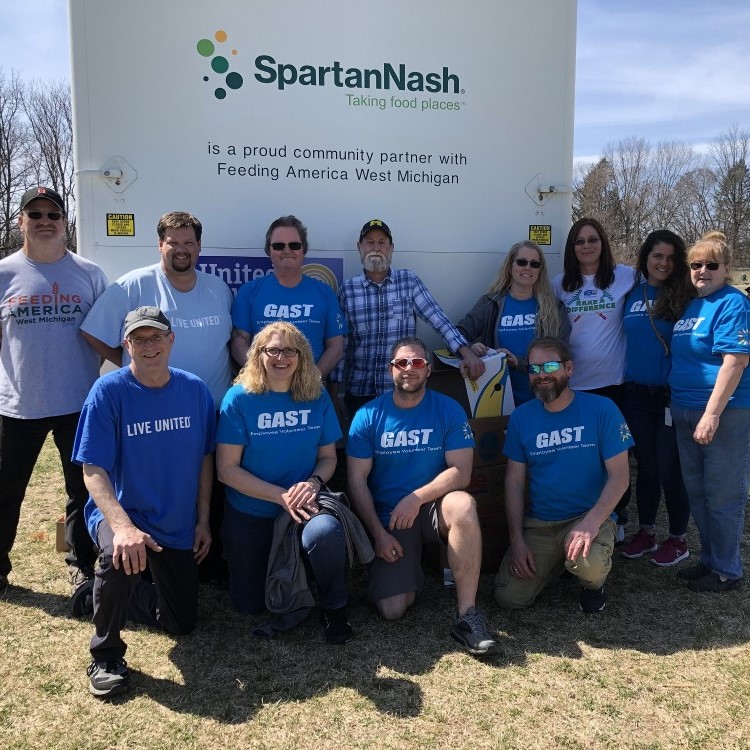 The team at Gast partnered with Feeding America in southwest Michigan (USA) to sponsor a mobile food pantry in celebration of National Volunteer Week last month.

A team of 11 volunteers, representing multiple departments at Gast – a unit of IDEX which manufactures pneumatic products to move air and other gases — spent the afternoon setting up and operating a mobile “store” in a local neighborhood.

Mobile food pantries differ from traditional food banks by driving into neighborhoods and bringing food directly to the people who need it most. The mobile food pantry offered a variety of staples such as fresh fruits, vegetables, bread, milk, frozen goods, and even sweets.

In collaboration with the IDEX Foundation, The Gast mobile food pantry provided food to 82 households, feeding 278 total people in the community. After the event, a van load of extra milk was sent to a brick and mortar food bank to be handed out to even more people in need.

But Gast didn’t stop there.

The following day, the Employee Volunteer Team hosted a Burrito Breakfast with eggs, potatoes, and sausage burritos to benefit the United Way of Southwest Michigan. This year, though, the team put a new spin on it: Burritos and Briefs!

Every year, hundreds of children in southwest Michigan move in and out of foster care, too often only carrying the clothes they’re wearing. Most of the clothing they receive is through secondhand donations, and they often run out of underwear, so they must purchase them brand new.

Instead of cash, Gast employees purchased their burritos with a package of new underwear to be donated to the Foster Closet of Berrien County. 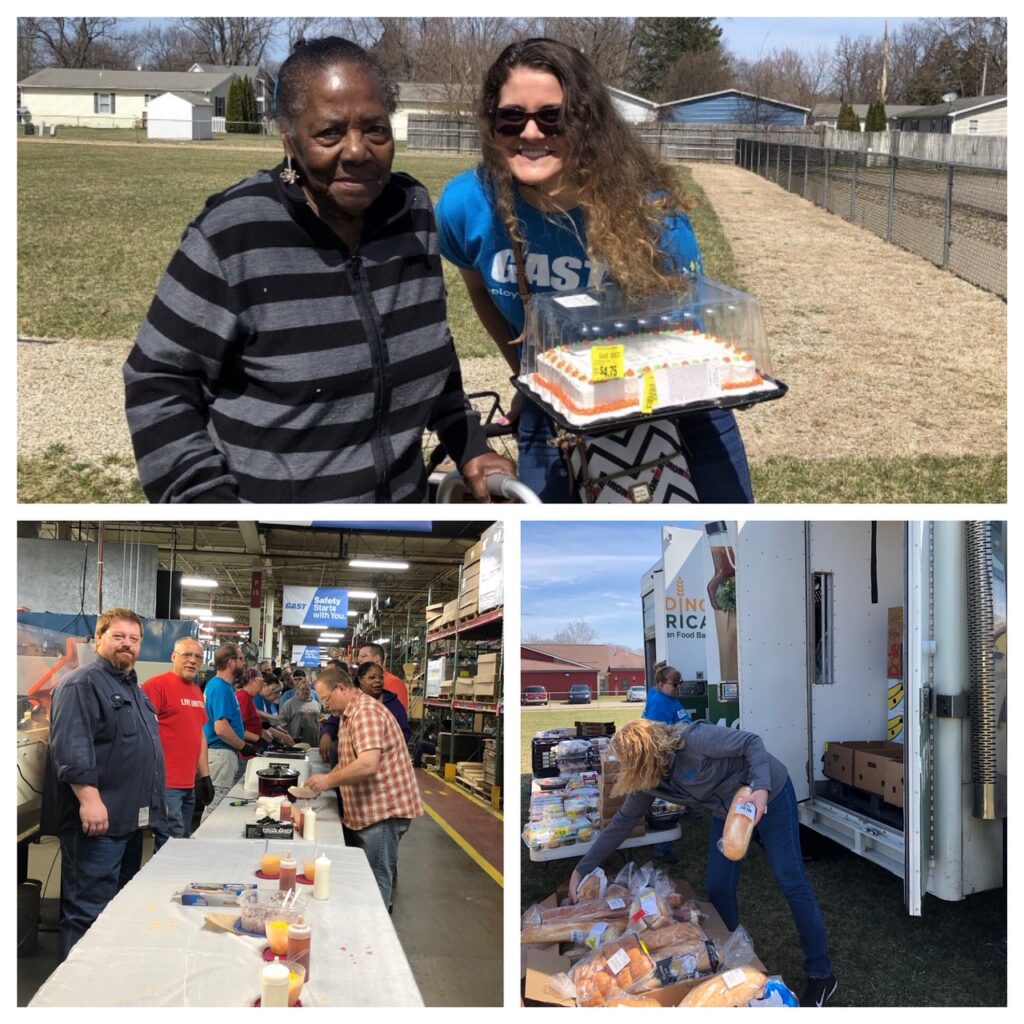 Gast employees full heartedly embraced this new spin on an established tradition and bought more than 200 burritos – more than ever before! Between the donated packages and those bought with the collected cash, Gast provided an astounding 1,137 pairs of underwear to the Foster Closet of Berrien County.

Gast’s next volunteer events are a Red Cross blood drive at the end of May, their second mobile food pantry distribution in June, and a food challenge with local businesses to support United Way’s “Christmas in June” food drive.