The stadium where the National Football League’s Super Bowl is being played on Sunday is protected by a specialized fire suppression system that includes nozzles manufactured by an IDEX company.

Mercedes Benz Stadium in Atlanta features a remote-controlled fire suppression system for the playing surface, which allows a command center employee to use a joystick control to focus massive streams of water on a fire. Known for their firefighting nozzles and valves, Akron Brass collaborated with a computing solutions manufacturer to create the custom fire suppression system.

While monster truck rallies hosted there may pose the greatest concern, a stadium fire could also start from pyrotechnics in a halftime show or concert.

In the past, stadium suppression systems had local controls, requiring a manual operator for every sprinkler in the stadium. Like a yard sprinkler, these systems sprayed back and forth over a defined range of the field, leaving several areas uncovered by the system.

Designed around StreamMaster II Electric Firefighting Monitor and Akromatic 2000 Nozzle products, this fire suppression system allows for a single operator to electronically control all monitors from a single control station in the security command center.

Since the development of this technology in 2017, Akron Brass installed a similar system in the Alamodome in San Antonio, Texas.

To view a video of the Atlanta system in action, click here 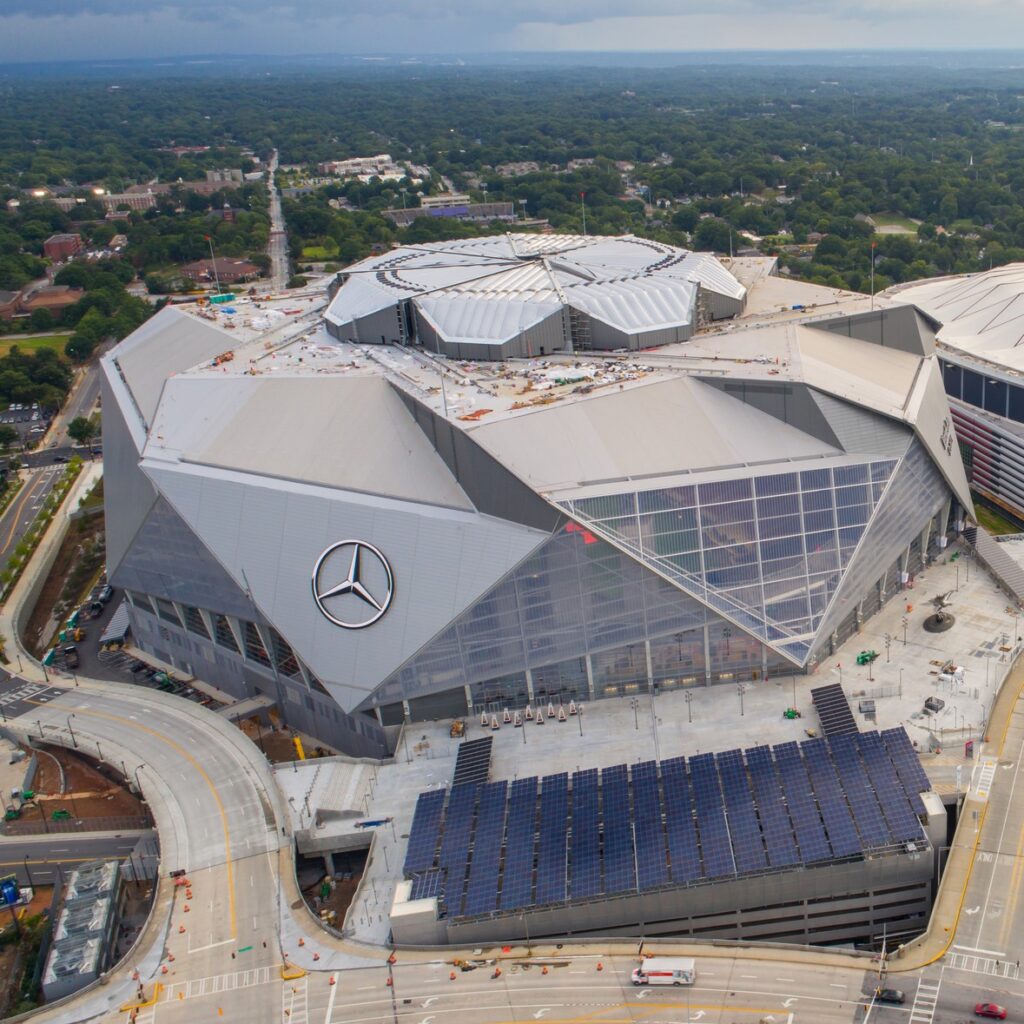